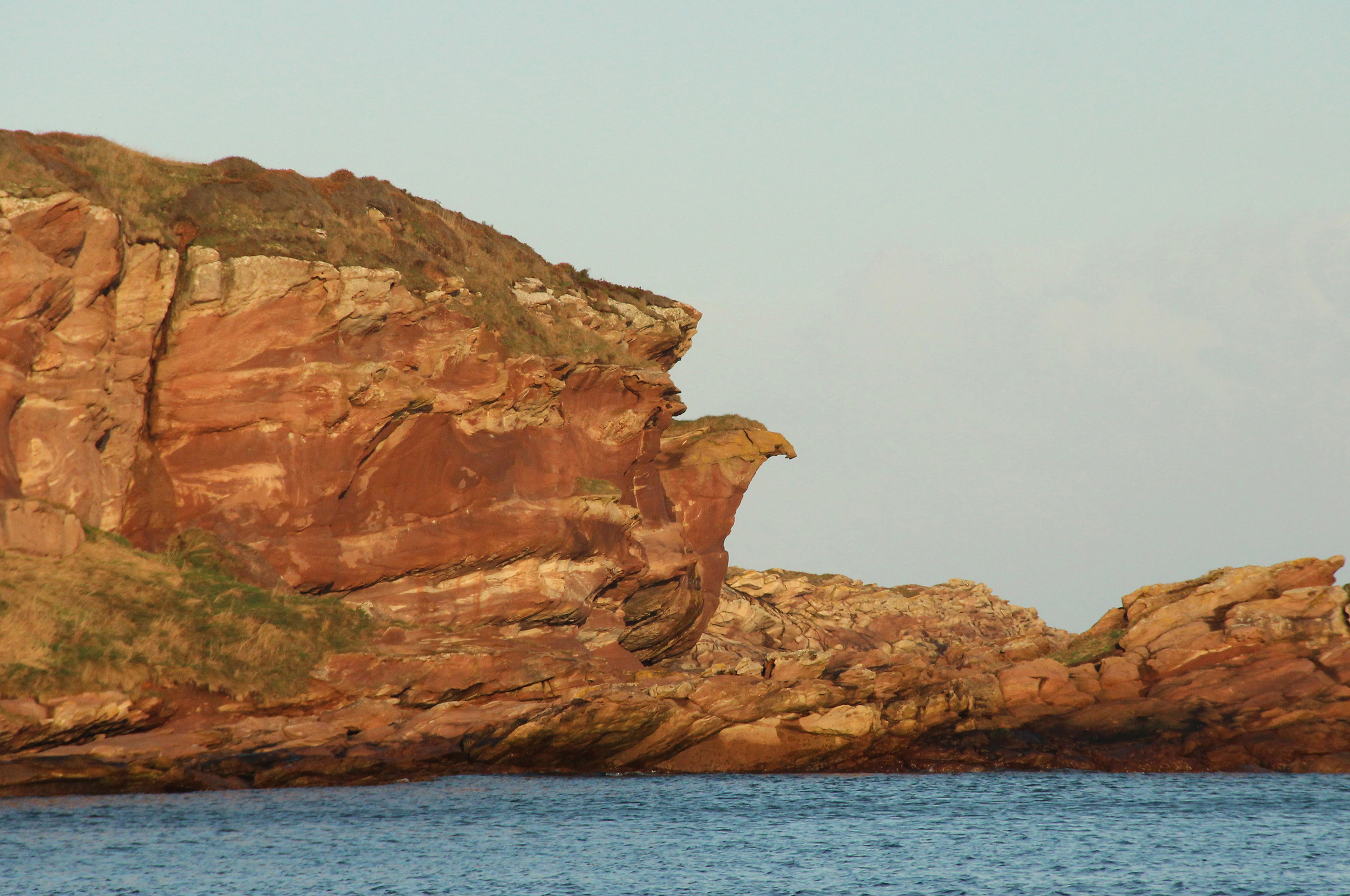 The Legend of Eagle Rock

This tale is about the mysterious Roman Legion the 9th Hispana, which legend says disappeared in the Scottish Highlands, and our tale tells how this happened.

The Roman Empire once stretched from what we now call Asia in the east right up to its northern border in the south of Scotland, and this huge territory was kept in check by the mighty Roman army. Of course, there were not enough Romans to carry out this task, so the Roman Army was made up of Legions who were mercenaries. That is, soldiers from countries they had conquered, who fought for money and the right to become a Roman citizen.

Whilst the Romans had conquered most of Britannia, they never managed to conquer the Highlands of Scotland, for these lands were peopled by very fierce and warlike tribes who the Romans named the Picti, known today as the Picts. They called these Highland tribes the Picti, which means ‘painted people’ because of their habit of tattooing their bodies with brightly coloured designs.

The Picts were very troublesome to the Romans, which is why they never conquered the Highlands of Scotland, indeed the Roman Emperor Hadrian had a wall built right across the country to keep the Picts at bay! We know this today as Hadrian’s Wall.

So, how was it that the mighty Roman Army was unable to conquer the Picts? Well, in its day the Roman Army was invincible in pitched battle. The soldiers were organised into Centuries of about 100 men and Legions of about 3,000 to 5,000 men, they used the most up to date and disciplined tactics, with their shields used like a huge armoured shell. However, the Picts did not fight like this. For a Pict, a battle was a man to man fight. If a tribe of Picts fought another tribe of Picts then they fought as many single combat battles. Also, the terrain of the Highlands did not suit the use of huge armies and the Picts were able to disappear into the hills and mists at will swiftly and magically, whereas the Roman soldiers would quickly become lost and bogged down.

It is also important to note that each Roman Legion had its own military standard which had the letters SPQR on it standing for Senatus Populusque Romanus (the Roman Senate and People), their legion’s name, their battle honours and at the top the Roman Eagle.

So, back to our tale.

In about 250 CE there was a new Emperor in Rome, and like all new leaders he wanted to demonstrate how worthy he was, so he decided that he (or rather his army) would conquer the feared and elusive Picts, thereby extending the northern border of the Roman Empire. To do this he directed one of his most feared and battle hardened legions, the 9th Hispana (made up of Spanish mercenaries) to leave Gaul (modern day France) and march north to Hadrian’s Wall. So, 4,500 battle hardened, fighting Roman Soldiers landed by boat in the south of Britannia and then marched north to Hadrian’s Wall, where they encamped and were provisioned for their oncoming campaign to conquer the Picti.

The 9th Hispana had an uneventful march to one of the main garrison forts, where they rested for a couple of months whilst they re-provisioned and trained and maintained their weapons.

When the General in charge of the 9th Hispana decided they were ready, they assembled, the north gates were opened and the Legion marched north, never to be seen again!

The 9th Hispana reached the end of what is today known as the Tarbat Peninsula and made an overnight camp. They had been harried and attacked by the Picts all the way from Hadrian’s Wall, but every time they went to attack the Picts they vanished into the hills and mist.

Depleted and demoralised, the 9th Hispana arrived at Wilkhaven, where they made camp for the night. A roman camp consisted of a square ditch and bank that was dug by the troops, each carried their own digging tools, and this job would take an hour or so. Guards were set and the legion made ready for the night.

The local Pictish Chieftain, who rose to his position because he was the toughest and strongest of his tribe, turned up at the camp along with his daughter, who was about 13 years old. The Chieftain was a remarkable sight, tall and muscular and covered in brightly coloured tattoos, he had proven himself in fighting many times.

He openly walked up to the sentries, who were shocked and awed by the sight of this incredible warrior, so much so that they did not even try to stop him. He walked right past the sentries up to the tent where the General was staying. He stood there and challenged the Roman commander to a ‘duel’. There had been enough bloodshed, he said, and he and the General should sort this out man to man. He stated that if he, the Pict won then the Romans should leave. If the Roman won, then the Picts would leave the Romans alone and let them stay.

The Roman commander took up the challenge and appointed his toughest soldier to fight the Pict. The soldiers formed a circle and the Pict and the soldier entered the circle with their weapons, the Pict with his spear, the Roman with his sword. Very quickly the Pict overpowered the Roman and had him on the ground with his spear at his throat. The Pict being a man whose whole way of life was that of honour said that he had won and he would let the Roman live. He turned around and walked away, expecting the Romans to honour their pledge.

However, the Roman soldier got up, grabbed his sword, and cleaved the Pict through the head from behind, killing him instantly. On witnessing this, the Chieftain’s daughter grabbed her father’s spear and killed the soldier. The rest of the soldiers turned on her and subjected her to an horrific death.

As the cliffs closed the rocks fell away to reveal the shape of an eagle in the cliffs (the eagle being the symbol of the Roman Army) to remind future generations what happened to the 9th Hispana for their treachery.

It is said today that if the sea is quiet you can put your ear against the breast of the eagle and you will hear the tramping of the feet of the soldiers and the cracks of the whips of fire as they are condemned to march through the fires of the Underworld for all eternity.

Looking up to Eagle Rock from Wilkhaven you can see a rock on the foreshore in which is the figure of a crouching beast, which is the symbol of the Pictish tribe whose chief was killed, keeping an eye on the portal to ensure that the soldiers do not escape from their torment.

Is this story true? Well there is some physical evidence. There are indeed the remains of a Roman marching camp just to the north of Wilkhaven, just look at an Ordnance Survey map for ‘Carn a Bhodaic’, the 9th Hispania’s overnight camp. There was also a Roman coin found at nearby Portmahomack in Victorian times. The rock itself is named Creag Rhuadh, which is Gaelic for Red Rock, representing the blood that was spilled there. As for the rock splitting open, well there is an explanation for that too. The Great Glen Fault, which formed Loch Ness runs all the way from the West Coast, up through Loch Ness and north to Shetland, passing Wilkhaven and Eagle Rock about 100 meters off shore. Even in modern times there are occasional tremors felt in the area and twice the light at Tarbat Ness lighthouse has been damaged by these tremors.

But of course the best evidence of all is Eagle Rock itself, which is there for all to see!