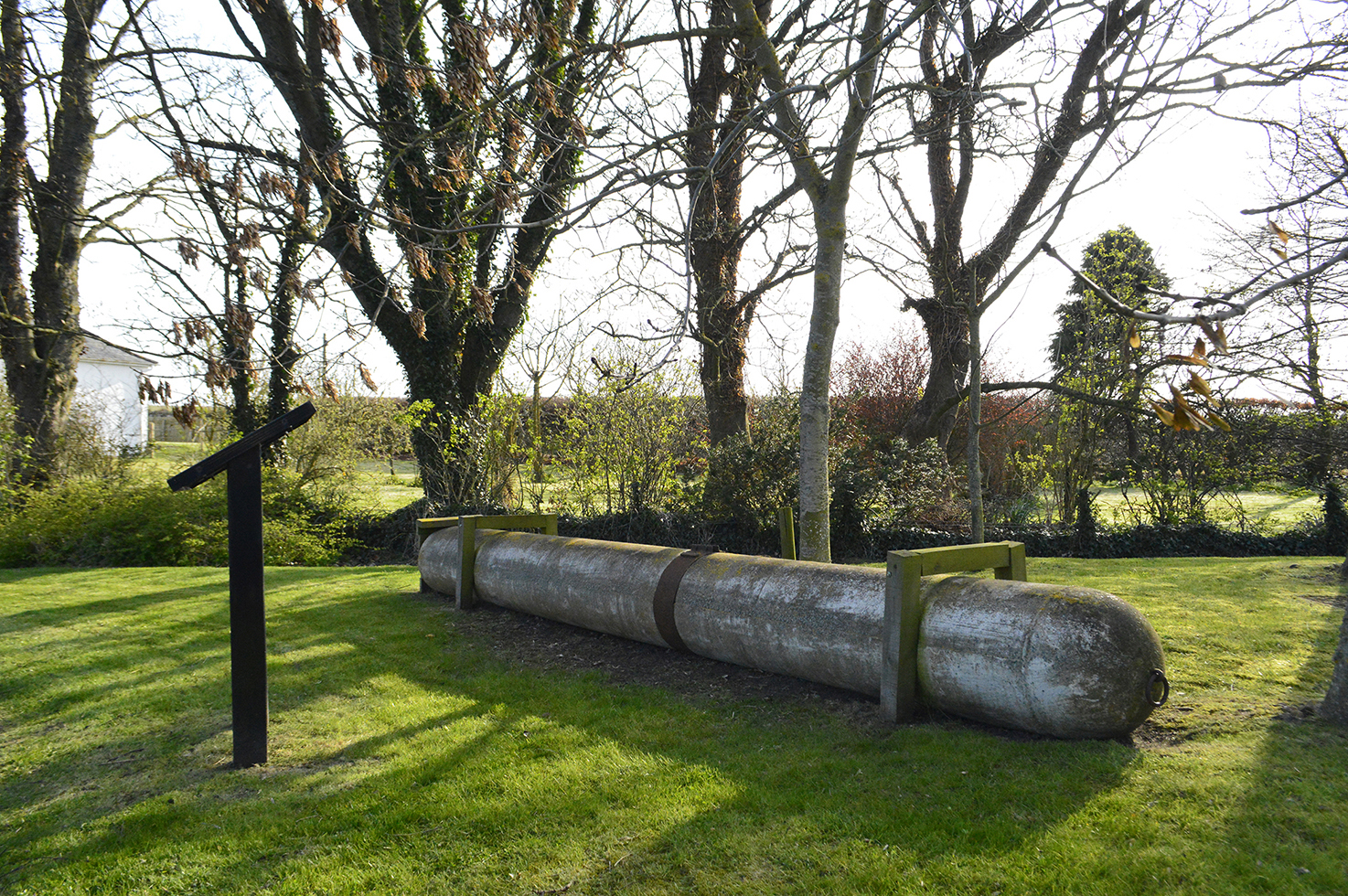 The Tarbat Discovery Centre at Portmahomack has the only dummy concrete torpedo from WW2 on display anywhere in the world! Here you can learn of its story and that of HMS Owl (Fearn Drome).

The whole of the Fearn Peninsula became an important military area during WW2 with a Fleet Air Arm aerodrome at Fearn (HMS Owl) and a Royal Airforce aerodrome (RAF Tain) on Morrich Moor near to Tain. There was also the evacuation of Inver, details of which can be found at the Tarbat Discovery Centre.

HMS Owl began life as a Royal Air Force base but was quickly taken over by The Fleet Air Arm as a base for training torpedo bombing crews. Rather than use expensive live torpedoes a special concrete dummy torpedo was developed that could be recovered (by by horse drawn sledges from Bayfield Farm) and used again.

On this page you can follow the links to research by Douglas Gordon and documents unearthed by him.